Companies sometimes need to raise some money and one way to do that is by issuing bonds. A bond is a debt between the corporation and investor. The investor agrees to give the corporation money for a specific period of time in exchange for regular interest payments at predetermined intervals. The following explains why companies choose to issue bonds over other kinds of fundraising.

Although borrowing from a bank is one of the first choices that come to mind when in need of money, corporations still choose to issue bonds instead.

Companies do borrow from banks, but bonds are more attractive more companies. For one, the interest rates that they have to pay to the investor are usually lower than they would be paying if they chose banks.

Since the money paid out on interests detract from the profits and a business’s aim is to make money, reducing the interest amount that must be paid to borrow money is important to consider. This is one of the biggest reasons why healthy companies that don’t apparently need money often issue bonds when interest rates are extremely low.

The capability to borrow large sums of money at low interest rates provides the corporations the ability to invest in growth, infrastructure, and other projects. Issuing bonds also let them operate more flexibly since it releases them from the limitations that are often attached to the bank loans.

Offering stocks is a popular way for companies to raise funds. From the perspective of the corporations, the most attractive feature of stock issuance is that the money generated from the sale of the stock doesn’t need to be repaid. However, there are disadvantages to issuing stocks that may be an edge for bonds against stocks.

The company can issue bonds as they need as long as they can find willing investors. Issuing more bonds has no effect on ownership of the company or how the company is operated. On the flipside, issuing stocks put more stock shares in circulation, meaning that future earnings must be shared among a bigger group of investors. This can lead to a decrease in earnings per share (EPS), which means less money for the owner.

Callable bonds serve like other bonds, but the issuer can choose to pay them off before the maturity date of the bond arrives.

Companies issue callable bonds for them to benefit from a potential drop in interest rates at some point in the future. The issuing company can redeem or “call back” the bonds ahead of the maturity date based on a schedule of callable dates determined in the bond’s terms.

If the interest rates decrease, the company can redeem the outstanding bonds and reissue the debt at a lower rate, thus diminishing the cost of capital.

The bond usually defines the callable amount to recall the bond that may be greater than the par value. The bond’s price has an inverse correlation with the interest rates, meaning when the interest rates fall the prices go up.

Bear in mind that callable bonds are more complex than normal bonds. That makes them somehow not suitable  for risk averse investors.

What You Should Know About Debt Consolidation 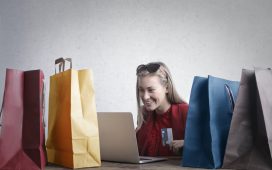 What Happens After Credit Card Debt Is Repaid?